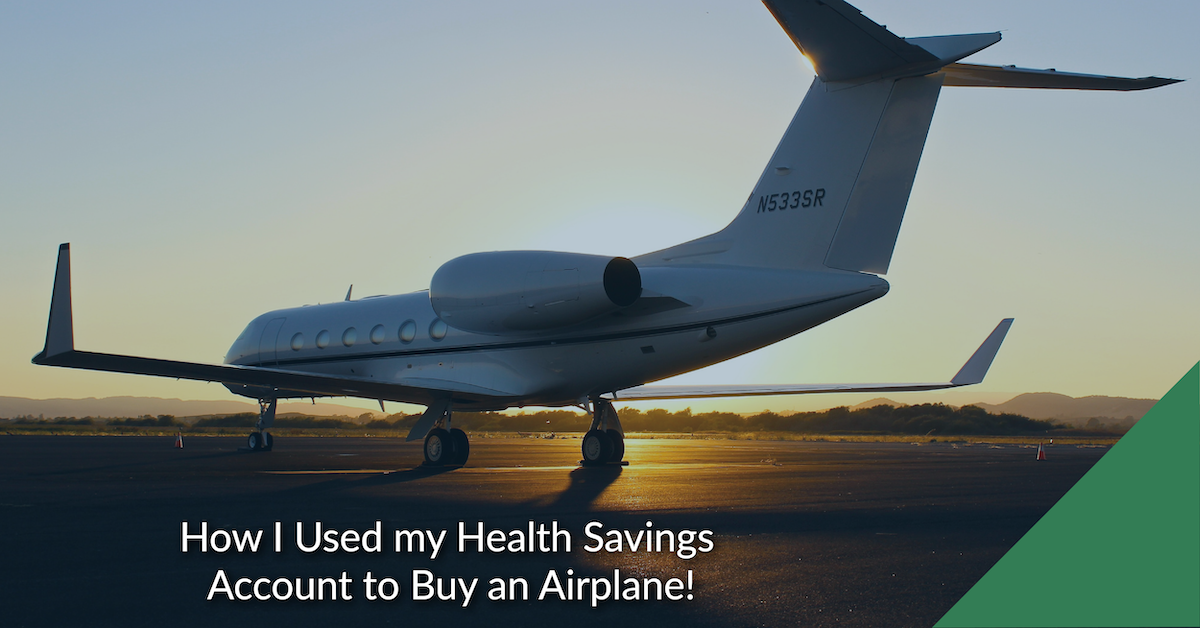 Self-Directed IRAs are often looked at as vehicles to help you save for the future, but some people have learned how to benefit from those accounts earlier than retirement age. Certain accounts have specific rules that can provide unique perks and benefits to those who know how to properly use them. The Health Savings Account is one of those special plans.

Health Savings Accounts, or “HSAs”, have unique rules that allow the account holder to take tax-free distributions for qualified medical expenses. As long as you can show that the distribution is for a medical expense that occurred during the time your account was open, you could be able to pay for those medical bills completely tax-free with the money you’ve been growing in an HSA.

With a new investments strategy popping up almost daily, it’s no wonder Nathan Long, President of Quest Trust Company, was able to buy an airplane engine using his Health Savings Account. Below is Nathan’s story. This example can show you what is truly possible with the powerful HSA.

“Let’s take a minute and tell a story.

There’s me. That’s my airplane. That’s a 1952 Cessna 170 B. I bought that during a midlife crisis! At one point, this airplane needed a new engine, a continental O-300. So, I went out. I took 40 something thousand dollars out of my Health Savings Account completely tax-free, and I bought myself an airplane engine.

Now, many of you guys here probably don’t want an airplane engine. All right. In my story, take out the term “airplane engine”, and replace it with whatever toy you want! New car? Boat? Trip to Europe? You name it!

But… is an airplane engine a qualified medical expense?

Let’s look at it. This is what happened.

The story starts years before the one of the airplane engine. Years before, I’d opened a Health Savings Account. I was married to who is now my ex-wife, and we had just opened a Health Savings Account. We did have a family plan and I made a contribution of $5,650 to it. When I made that contribution, it was towards the end of the year. I was immediately able to write that off. I was also in a very high tax bracket that particular year, so I got a really nice write off – a $2,000 dollar type of write off that immediately came out of my taxes.

At the same time, my wife had to get her teeth repaired. It was very expensive. It was $35,000- $37,000. I could have just put my money into the Health Savings Account one day and removed it the very next day. Would that have been worth doing? Yes! It would have negotiated me that tax, just by putting it in and putting it out.

That’s not what I did at all. I put the money into the account. I reached around to [my] hip…broke out the Southwest credit card, picked up the miles, and bought the teeth. Does everyone follow that? And then I went on. What did I then do with the $5,000 in there? I started to invest it.

I invested by doing a term called “partnering”. I would take my $5,000 and I’d partner it with my IRA, which had a larger amount. Then, maybe I would do an equity appreciation loan or option. Over a period of years I did different investments, but I was always partnering, allowing the larger amount of money to help carry the smaller amount of money.  Over a period of years, I had never made another contribution to this HSA, but I had grown that HSA to some $45,000 – $50,000.

Fast forward… seven years. Midlife crisis. Harrison Ford’s got a plane like this and I wanted to go get it! But… it needs an airplane engine, so I need an airplane engine. What happens? I go to my Health Savings Account and remove the money tax free and penalty free.

How? You can save receipts from years past, as many as you need.

When you’ve paid the taxes on the money, you can take receipts from years past to use the tax deduction in the future. Even though I didn’t have $40,000 in the account whenever the expense occurred, I could grow that $5,000 and then remove the money tax free and penalty free.”

Do we have your attention yet? This story shows how powerful it can be if you start to learn to build wealth inside of a Health Savings Account. Get the best of both worlds and ask us how you can qualify for an HSA today – 8281-492-3434.