Quest Con Live: Forecasting 2022: Join us for the #1 virtual Self-Directed IRA conference of the year! Click here to learn more. 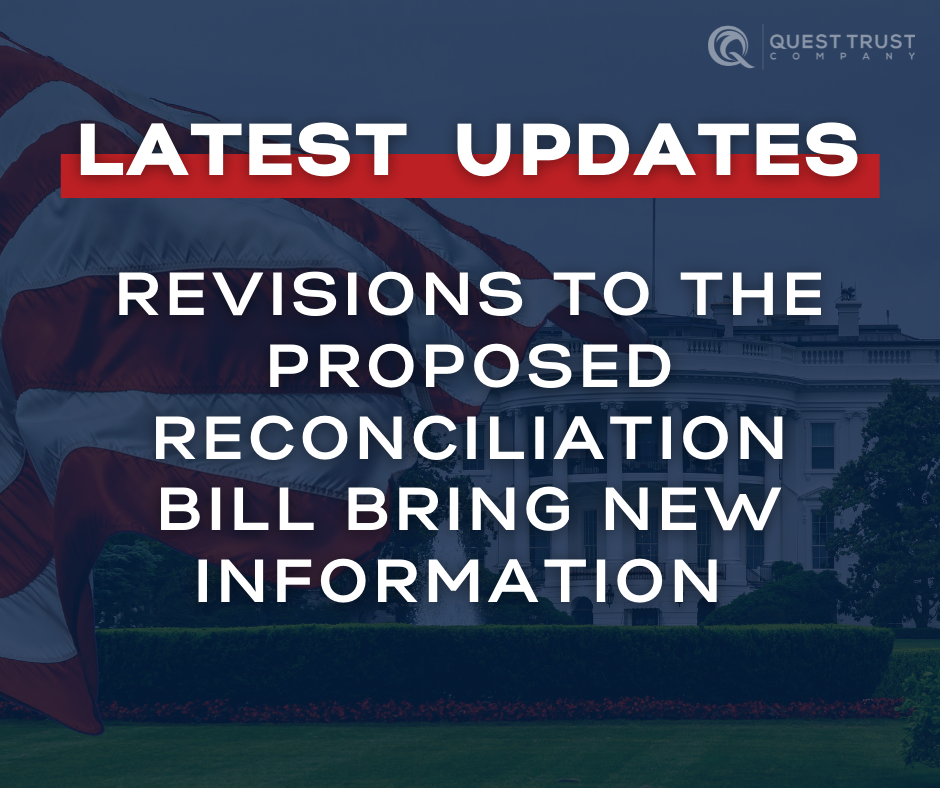 Important news regarding the proposed bill has been released. Yesterday, the House Rules Committee released a new version of the reconciliation bill, which re-adds numerous retirement provisions – ones that were temporarily removed last week. Some of these return with modifications.

The two provisions of most concern to self-directed IRA holders (sections 138312 and 13814) are not in the latest version under consideration in the House. As the bill continues to be reviewed and reworked, it’s important to understand that things can still change as the bill continues to move forward, but this is a strong sign that we’re being heard.

The following summary was provided by the Retirement Industry Trust Association (RITA):

OUT OF THE BILL

BACK IN THE BILL

This is a step in the right direction, but with many of these provisions being re-added, it shows us that there is still much to be done to protect the future of self-directed IRA investing. If you’d like to read a copy of the most recent version of the bill, it is available here beginning on page 1896: